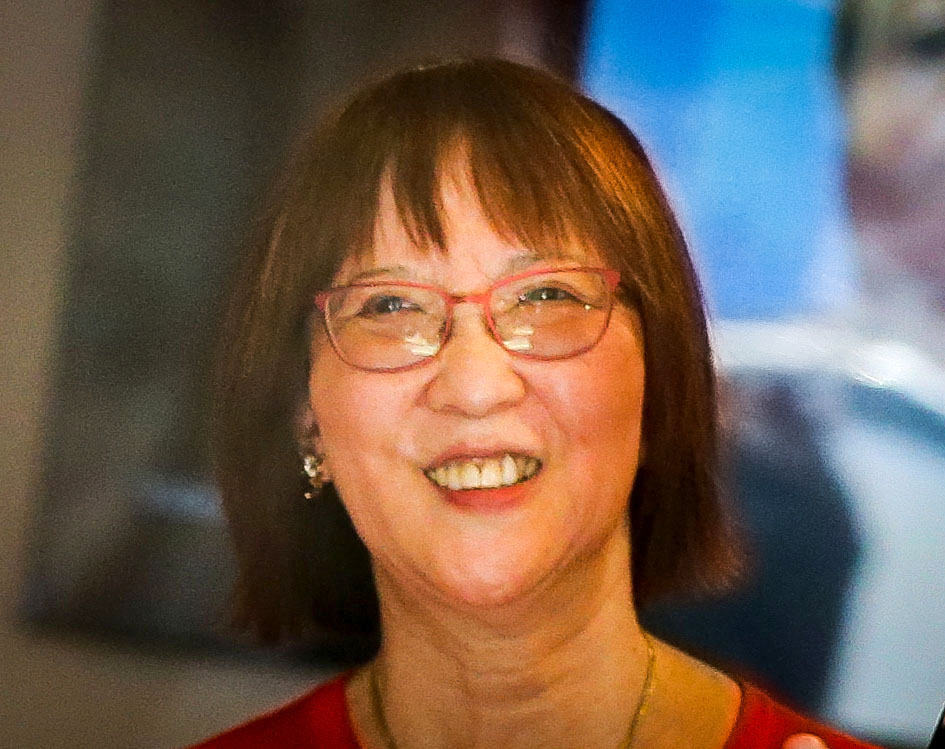 Nearly two weeks after Alameda County Supervisor Wilma Chan died after she was hit by a car, the county’s Board of Supervisors appointed her chief of staff, Dave Brown, to carry out her term.

Brown will be the District 3 supervisor — representing constituents in Alameda, San Leandro, a portion of Oakland and the unincorporated communities of San Lorenzo, Hayward Acres part of Ashland — for the 14 months left in her term.

Chan, 72, died unexpectedly earlier this month, after she was walking her dog in Alameda and was hit by a car.

“As we continue to mourn the tragic loss of Supervisor Chan, I am extremely grateful to have the opportunity to continue her inspirational work on behalf of District 3 and all County residents,” Brown said in a written statement after the appointment. “I am humbled that the Board had the confidence in me to serve Alameda County and to honor Wilma, her family, and her legacy.”

The appointment came after dozens of people shared remembrances of Chan, who was widely known as a progressive leader and resolute champion for children and the vulnerable.

Brown told the supervisors during the meeting that he does not plan to run for the seat at the end of the term and, in fact, would not be eligible, because he would not have been a voting resident in the district for the one year prior to the election, as is required by county rules.

“I am seeking this appointment as someone who has spent the majority of my life implementing her values in D3,” Brown said before the supervisors voted to approve his appointment. “If appointed, her staff and I will do everything in our power to preserve Wilma’s legacy.”

Brown has been Chan’s chief of staff since 2016 but has worked as a staffer in her office for 15 years. Before becoming chief of staff, he was her senior policy advisor from 2013 to 2015.

He also worked for her much earlier in her political career. He was her first-ever staffer 30 years ago as a policy advisor and community liaison in her office from 1992 to 1998, during her first stint on the Board of Supervisors.

Brown also served as a chief of staff for former Supervisor Alice Lai-Bitker in 2001. Lai-Bitker was the District 3 Supervisor for 10 years in between Chan’s stints on the board.

Brown is a Stanford University graduate and was on the West Contra Costa Unified School district board from 2004 to 2008.

“I know the totality of her work better than anyone,” he said during the meeting, noting that Chan was focused recently on building out food security and economic development programs for her constituent and on the county’s redistricting effort, among other work. “I’m confident I can best carry out her legacy.”

Three of the four supervisors voted to make Brown the District 3 supervisor, with Miley abstaining.

Miley said that while he supports Brown, he wanted to wait another week before formally appointing him to allow for more input from the public.

“I think today should be the day for us to listen and not take action,” Miley said.

By law, the supervisors had 60 days to make an appointment for Chan’s seat, otherwise the decision would go to the governor.

Still, Miley said waiting a week would not be “too onerous.”

While many of the commenters during the meeting expressed support for appointing Brown, Board of Supervisors Chair Keith Carson said he had received communications from people concerned that they hadn’t gone through “a public process” for appointing a replacement for Chan, and that he had heard from many who urged for the appointment of an Asian-Pacific Islander woman, since Chan held the distinction of the only woman and only Asian American person on the board.

“Representation matters, and as one of the four men on the Board of Supervisors contemplating your choice of someone to serve out Wilma’s remaining term, we urge you to prioritize your search by identifying an Asian American woman currently living in the District to the seat,” wrote Serena Chen, the president of the Asian Pacific American Democratic Caucus of Alameda County, in a letter to the supervisors.

But Chan’s family had urged for the appointment of Brown quickly, so as not to waste any time in continuing her work.

Her son, Darren Chan, told the Supervisors during the meeting that his mother had said before her death that she would want Brown to carry out her duties if she could not do so.

“She made it clear that the person she believed best suited … was her chief of staff, Dave Brown,” Darren Chan said, noting that when the election happens this year, the decision to replace her “will rightly be made by the voters. Until that time, Dave is the best person to replace her.”

Brown, in his comments, affirmed his commitment to supporting the work of Asian American leaders.

“I will support an Asian American woman for this seat,” he said, when it comes time for the election for the next term.

Carson acknowledged the difficulty of the day, noting after the decision, “I understand this has been a challenging exercise because we cared so much about our sister.”