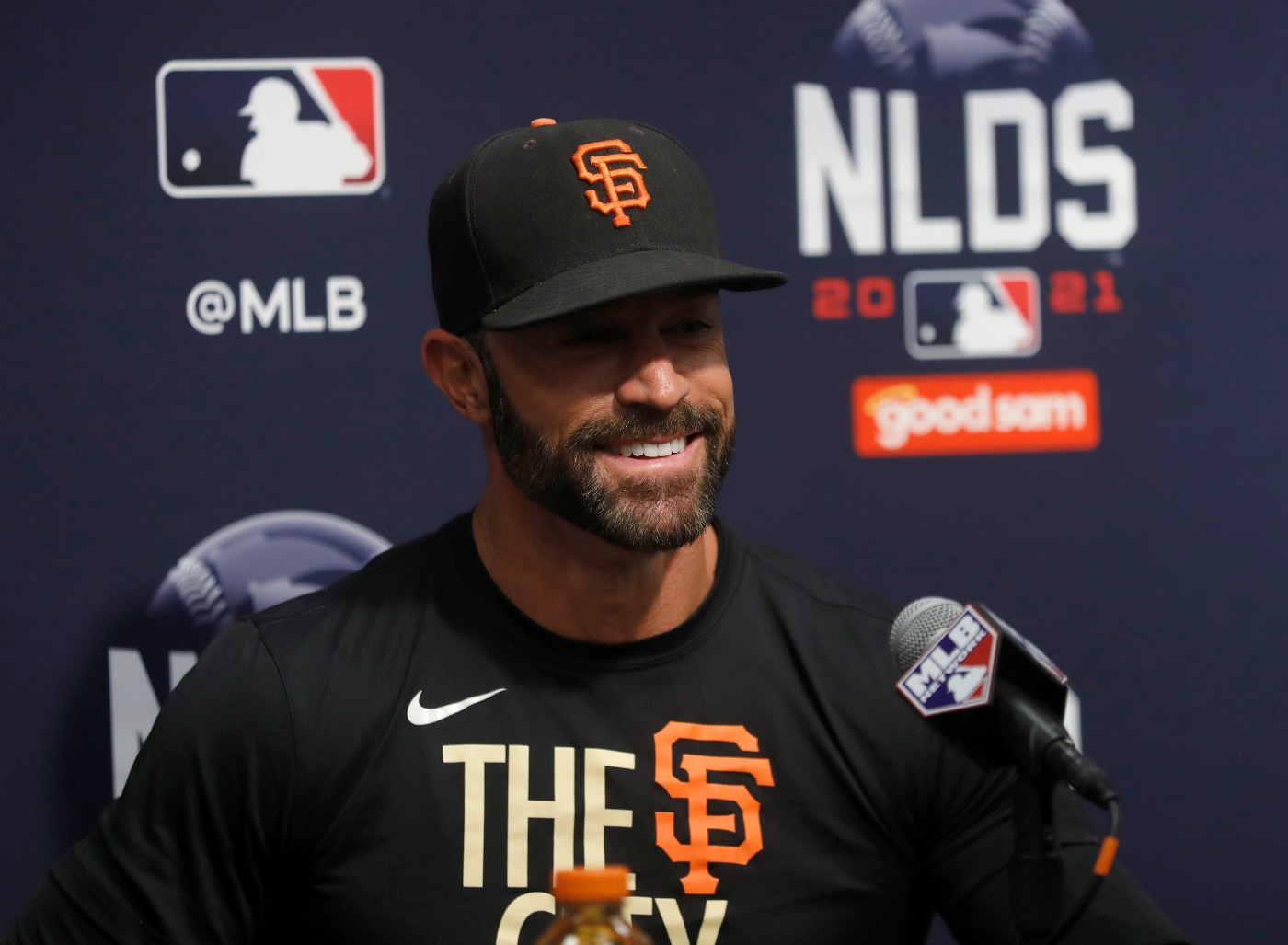 SAN FRANCISCO — The buzzwords felt disingenuous, as if they were being used as a crutch by a leader who didn’t know what to say.

Gabe Kapler promised his staff would collaborate and communicate. He promised his coaches would emphasize development and refine preparation processes that would lead to better outcomes. Under Kapler’s lead, the Giants would utilize analytics, but first cater to an individual player’s needs and learning style to ensure they could best make use of the information available.

It seemed to benefit Kapler that talk is cheap, because at a meandering introductory press conference in November, 2019, it appeared as if the new Giants’ manager had purchased stock in empty words.

Two years later, Kapler is the National League Manager of the Year as he received 28 of 30 first-place votes for an award that was presented on Tuesday. After the Giants set their single-season franchise-record with 107 wins and secured their first National League West title since 2012, Kapler was the obvious choice.

“The results speak for themselves,” general manager Scott Harris said last week when Kapler received a two-year contract extension. “I think Kap’s pregame preparation is excellent, but what makes Kap special is his commitment to making adjustments to new information from coaches, players and what the game is telling him.”

When Kapler was hired to succeed Bruce Bochy, who presented the award live on MLB Network Tuesday, it was clear the former Philadelphia Phillies manager did not have all of the answers. What’s allowed him to succeed in San Francisco is the way Kapler has sought to cover his blind spots and make the most informed pregame and in-game decisions possible.

Kapler became the first Giants manager to win the NL Manager of the Year Award since Dusty Baker received the honor in 2000 by assembling a coaching staff that raised the team’s ceiling. A huge, largely unconventional and inexperienced staff was met with skepticism from media members (myself included) and fans, but over the last two seasons, Kapler’s greatest gamble as a manager paid off in a way even he may not have expected.

“We saw the fruits of our labor in that way in 2021 because I don’t think it’s any coincidence that we built the relationships that we did with our players and our staff,” Kapler said. “What we were able to accomplish collectively, I think that has a lot to do with every player in our clubhouse having somebody on our staff to relate to.”

Giants president of baseball operations Farhan Zaidi’s decision to hire Kapler, who worked alongside him as the farm director with the Dodgers from 2014-2017, was met with significant opposition locally due to Kapler’s handling of sexual assault allegations against Los Angeles minor league players and his perceived failures during a two-year stint as the Phillies’ manager.

Zaidi believed Kapler’s personable nature, his excellent communication skills and his willingness to think critically in search of solutions would ultimately make him the right fit in San Francisco, but understood it would take time for the Giants’ fan base to trust Kapler.

Zaidi and Kapler could have surrounded the manager with a proven staff full of former big leaguers and longtime major league coaches, but instead bet on several young coaches who brought cutting-edge ideas and a fluency in the analytics and numbers that govern baseball decisions to the dugout.

Kai Correa, who had never worked in the majors before becoming the Giants’ bench coach, has been lauded as one of the most-prepared assistants veteran players have worked with during their careers. Donnie Ecker, a hitting coach who recently left the Giants to become the Rangers’ bench coach, took a lineup that consistently ranked in the bottom five in the majors in home runs and helped turn it into the most powerful offense in the National League this season. Pitching coach Andrew Bailey, who had spent one season coaching professionally, played a key role in enabling Kevin Gausman, Anthony DeSclafani and Logan Webb to maximize their potential.

All three were under 40 when the Giants hired them and are just a few of the nearly dozen success stories from Kapler’s initial coaching staff.

“It was a lot of unknown names and a lot of guys who had their first time at the major league level so there’s a little bit of understanding it was going to take some growing pains,” Gausman said in September. “But I’ve been around a lot of staffs and this is the most prepared coaching staff I’ve ever been around.”

Throughout the 2021 season, Kapler and his assistants often talked about their willingness to challenge one another and change opinions on topics from relief pitcher usage to when to send a specific pinch-hitter to the plate. The collaborative communication that initially sounded like Silicon Valley-corporate speak was a part of the Giants’ success this year, in part because Kapler believes empowerment comes from involvement.

“I feel very supported by our coaching staff,” Kapler said. “I feel like I’m surrounded by people who share a vision that we all share –myself, Farhan and Scott– so I feel like there’s quite a bit of alignment there.”

The alignment is now a hallmark of a Giants organization and coaching staff that has taken on a new shape this offseason. With Ecker departing for a job in Texas and longtime third base coach Ron Wotus retiring, the Giants have promoted assistant coach Mark Hallberg to take Wotus’ spot, hired 32-year-old Pedro Guerrero to fill the vacancy left by Ecker and named former bullpen catcher Taira Uematsu a full-time assistant coach.

Guerrero, a native Spanish speaker, and Uematsu, the first Japanese-born assistant in major league history, will bring new voices to a staff that features an increasing number of diverse perspectives.

Those perspectives will be heard, because Kapler has made it a priority. The Manager of the Year Award he won Tuesday is obviously a reflection of his own success and the Giants’ extraordinary regular season achievements, but there’s little doubt it was made possible by the coaches who surround him and challenge him.